Attacker is sitting on you, his body’s very low and he’s choking you. Release with one hand, grab and turn the opponent’s head …

Attacker is sitting on you, his body’s very low and he’s choking you. Release with one hand, grab and turn the opponent’s head with the other. Bridge, turn on the opponent, counterattack, and then move away from the danger zone. With one hand, the one that is closer to your head, away from the opponent’s head, is the one that is making the release. Release with five fingers, sort of a hooking, plucking, striking motion, to remove at least one hand from your neck. Grab the other hand and the arm around the opponent’s head at the level of the temple. Press his head to your shoulder. If he has hair, pull it. Pull and turn the opponent’s head, bridge at the same time towards your shoulder, and then on the opponent’s head. The bridge enables a much better choke release and turning of the head of the opponent. Turn and come to a position that the attacker is under you. Strike to the eyes, bite or punch the opponent as soon as you can. Raise up, punch more, and then get out from the danger zone. Getting out can be pushing the knees, retreating, kicking to the groin, and moving away from danger zone. Another way, if you have a high knee, grab behind the attacker’s Achilles tendon, throw it over your head. Get up from behind the opponent. Strike as needed, and finish the situation.

Release from a choke on the ground while the attacker is high with straight elbows. In order to apply a lot of pressure, as well as to avoid the attempts of the defender who scratches face, the attacker is choking with straight elbows and high head. In fluent and combined motions, strike at the opponents elbows and bridge with your pelvis upwards and to the side. Like this, you are throwing the opponent off you, sending him diagonally upwards, and enabling yourself to climb over and to counterattack as soon as possible. Striking at the elbows of the opponent should be with palms up. The strike is naturally vertical, hitting the elbows and sending them over your head. Keep contact with the elbows and try to cross the opponents hands as soon as possible. Prevent the attacker from having a base. He should fall on his side or on his back. Climb on the attacker, and as soon as possible, counterattack. Strike vulnerable areas, and then get away from the danger zone. 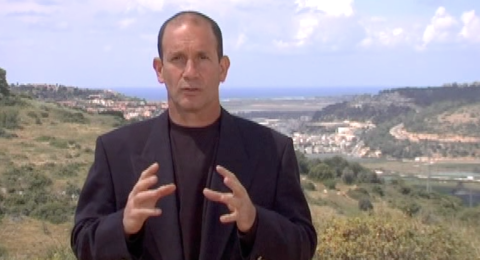 Notes: For adults, this subject may be considered to be tested in full at higher level (G1). 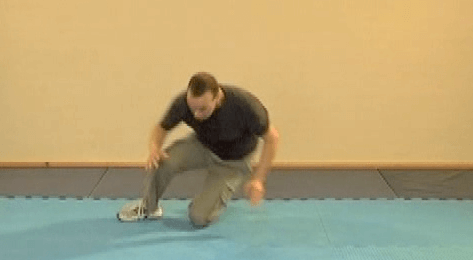 B. Defenses Against Regular (Front) Kicks 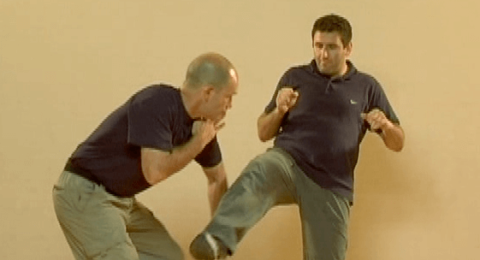 Notes: Techniques to be taught from a general ready (outlet) stance. Later practice from any passive or ready stances; attacker can kick with either leg- Variations on the above 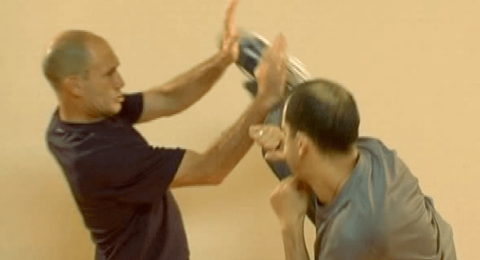 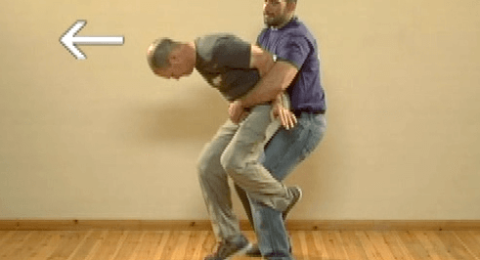 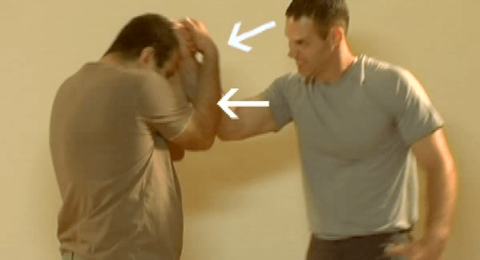 F. Escaping Chokes on the Ground

Notes: Practice various and multiple counterattacks; end the scenario in a standing position. 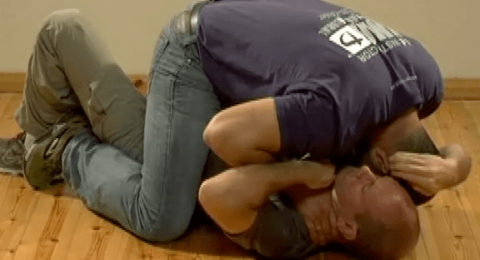 G. Ground - Opponent Standing or Sitting on Top and Punching 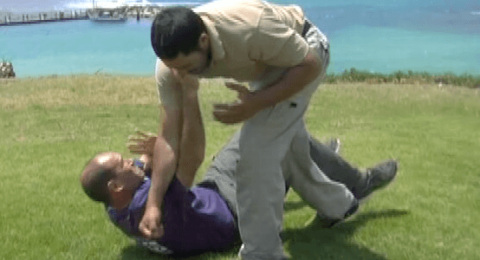 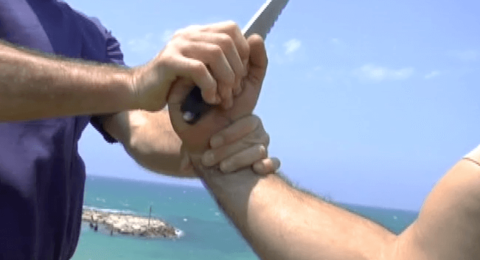 I. Defending Against Unexpected/Unfamiliar Attacks 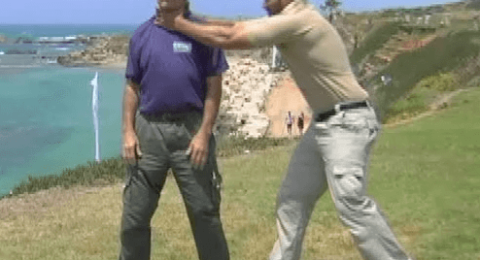 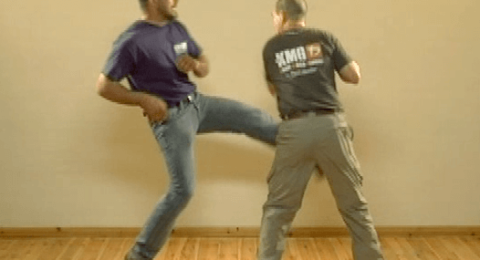 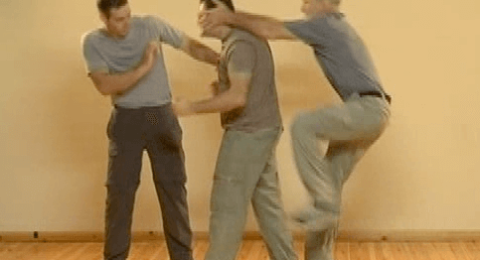 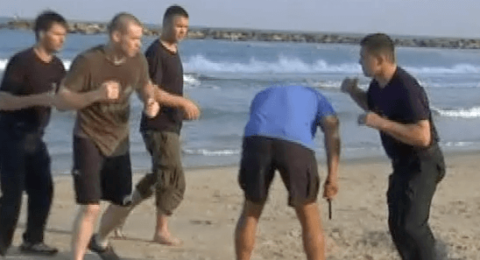 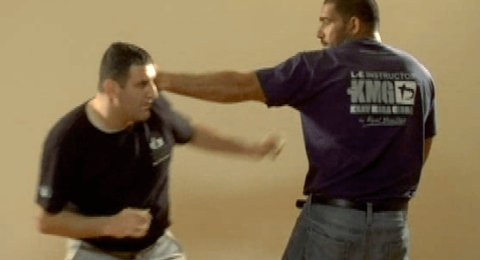 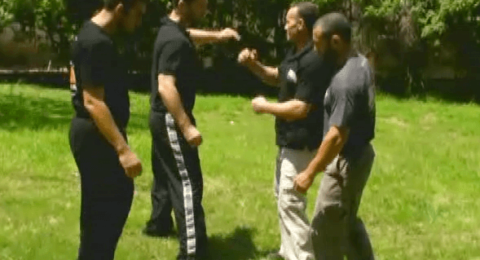 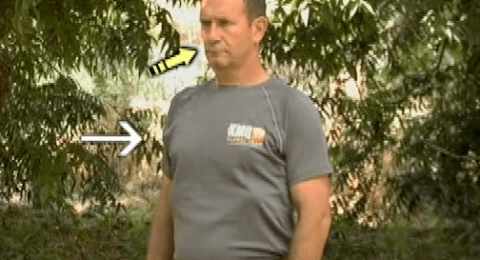 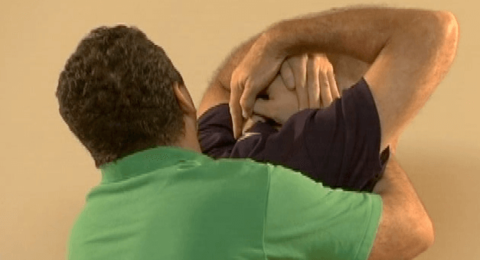 Join krav maga students, instructors, martial artists, military / law enforcement personnel and self defense beginners from all over the world and become a member of eyal yanilov's maxkravmaga today!